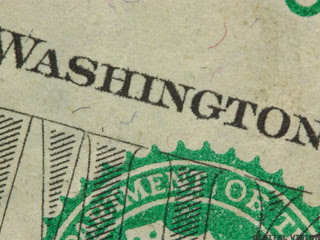 Gobi Coal & Energy ("Gobi Coal") is pleased to announce its ongoing strategic initiative to expand across the energy resources value chain into hard coking coal, coking coal mine consolidation, and graphite and uranium development and mining both inside and outside of Mongolia.

During 2015, Gobi Coal successfully completed a drilling program at its primary coking coal mine at Shinejinst. The drilling program consisted of a total of 637.3 meters of drilling comprised of 8 diamond core boreholes that enlarged the deposit area to the southeast with average coal thickness of 9.3m. One hole returned an exceptional coal seam of 44m in thickness with low volatile materials. 76 coal quality samples were obtained in 2015 and submitted to a laboratory for testing with subsequent results confirming hard coking coal properties and the potential for a new sub-basin at Shinejinst. Successful water testing confirmed that the area has significant water potential, which is very important for future mine development.

During 2014 and 2015, Gobi Coal engaged in detailed analyses of, and negotiations with, several coking coal companies throughout Mongolia as part of a broader consolidation strategy. The aim is to build economies of scale and pricing power for the export of coking coal into China from southwest Mongolia at Ceke where pricing is significantly below international benchmarks. Negotiations are ongoing and will continue during 2016 in relation to Gobi Coal's mine at Shinejinst.

Beginning in 2015, Gobi Coal analyzed numerous uranium acquisition opportunities with a focus on the China market. China has a reported 30 reactors in operation, with 24 new reactors under construction, another 40 planned, and 136 proposed which will result in a three-fold increase in its nuclear capacity by 2020-21. Reactors in operation worldwide are already consuming in excess of 10,000 tons of uranium per year more than current global mine production capacity. This supply-demand imbalance is expected to grow sharply as China reactors enter operation with each new reactor requiring this amount to commence operation and sustain the plant operation for the first few years of use. Gobi Coal is currently in negotiations regarding a potential stock acquisition of a promising uranium property in Mongolia.

In addition, Gobi Coal has reviewed several high grade graphite mining investment and acquisition opportunities worldwide. The graphite market offers an exceptional opportunity for Gobi Coal to diversify into "new energy" mining resources that are experiencing robust and increasing demand in the market as a result of growing lithium battery use globally, and specialized electronic and industrial products. Demand for jumbo flake size graphite is expected to experience the majority of growth in market demand and pricing. Gobi Coal is now in the process of negotiating strategic equity investments into pre-production stage graphite mining companies inAfrica.

Over the past two years, Gobi Coal has successfully preserved its coal assets during an unusually weak coking coal market while aggressively working to expand across the energy resources value chain inside and outside of Mongolia. The company has maintained negligible debt and was recently awarded US $11.5 million, plus costs and continuing interest and damages, by the Hong Kong International Arbitration Centre for defaulted loans due to the company.

Gobi Coal, led by principals who were involved earlier in the discovery and development of the massive Oyu Tolgoi project, has been active in Mongolia for more than a decade. Its two main projects, located in southwest Mongolia, contain a combined total of 318 million tonnes of high grade semi-soft coking coal JORC resources.

Gobi Coal is led by its Chairman, Mr. Mohammed Munshi who has almost 30 years of mining investment and development experience, including 15 years of activity inMongolia. Prior to co-founding Gobi Coal, Mr. Munshi was part of the senior management team of Ivanhoe Mines, now known as Turquoise Hill Resources, which is the company that discovered and developed the Oyu Tolgoi deposit in Mongolia. Mr. Munshi later discovered the Gobi Coal deposits and successfully attracted 9 rounds of equity investment capital, including from a major Middle East Sovereign Wealth Fund, to develop and bring the Shinejinst project into production ahead of a planned initial public offering of the company on the Toronto Stock Exchange in 2012.

Mr. Munshi stated that "We are excited about the progress our company has achieved since 2014 towards expanding into other energy resources in a weak coal price environment. Strong balance sheet management and highly diligent analysis of expansion opportunities across energy resources will create significant value for Gobi Coal and its shareholders in the coming years. We are thankful for the patience and exceptional strategic support and involvement of our major sovereign fund shareholder since 2014 towards expanding our business. We anticipate that the 2016 calendar year will be very busy with many new milestones to be achieved."
Posted by Economy & Finance at 10:12 AM