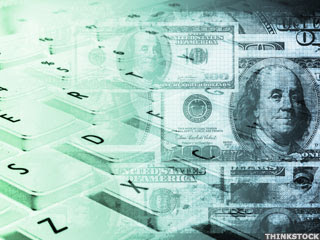 Gobi Coal & Energy ("Gobi Coal") is pleased to announce that it has been awarded US$11.5 million, plus costs and continuing interest and damages, by the Hong Kong International Arbitration Centre ("HKIAC"). The award to Gobi Coal was made in relation to a default by Mongolian national Jargalsaikhan Baz in repayment of three loans received from Gobi Coal in 2012 and 2013 to build mining supplies and power generation companies. The loans continue to accrue default interest at approximately US $100,000 per month.

During 2012, Gobi Coal accurately anticipated the sustained downturn in coking coal prices and made a strategic decision to temporarily place its primary semi-soft coking coal mine in Mongolia on care and maintenance in order to preserve cash.

In an effort to generate cash flow and returns on investment, Gobi Coal turned its attention in 2012 and 2013 to ancillary business investments such as mining supplies and power generation in Mongolia. Gobi Coal extended approximately US $10 millionin loans to Mongolia-based Baz Group's co-founder Jargalsaikhan Baz for creating large power generation and mining supply businesses focusing on the major Mongoliamines such as Rio Tinto's massive Oyu Tolgoi project. The loans were collateralized by family real estate assets in Mongolia owned jointly by Jargalsaikhan Baz, Chuulunbater Baz and Chuulunzorigt Baz ("Baz loans"). Following a protracted delay in mine development and investment activity throughout Mongolia, the Baz loans went into default beginning in October 2013 and Gobi Coal demanded full repayment, which has not been forthcoming.

Gobi Coal, led by principals who were involved earlier in the discovery and development of the massive Oyu Tolgoi project, has been active in Mongolia for more than a decade. Its two main projects, located in southwest Mongolia, contain a combined total of 318 million tonnes of high-grade semi-soft coking coal JORC resources.

Gobi Coal is led by its Chairman, Mr. Mohammed Munshi who has almost 30 years of mining investment and development experience, including 15 years of activity inMongolia. Prior to co-founding Gobi Coal, Mr. Munshi was part of the senior management team of Ivanhoe Mines, now known as Turquoise Hill Resources, which is the company that discovered and developed the Oyu Tolgoi deposit in Mongolia. Mr. Munshi later discovered the Gobi Coal deposits and successfully attracted 9 rounds of equity investment capital, including from a major Middle East Sovereign Wealth Fund, to develop and bring the Shinejinst project into production ahead of a planned initial public offering of the company on the Toronto Stock Exchange in 2012.

Mr. Munshi stated that "We are currently focused on the expansion of Gobi Coal across the energy resources value chain into hard coking coal at our existing mine, coking coal mine consolidation in southwestern Mongolia, and graphite and uranium M&A. Having the additional $11.5 million plus substantial future interest will assist us in our efforts to grow Gobi Coal and diversify into other energy resources and geographies".

STOCKS TO BUY: TheStreet Quant Ratings has identified a handful of stocks with serious upside potential in the next 12-months. Learn more.
Copyright 2011 PR Newswire. All rights reserved. This material may not be published, broadcast, rewritten or redistributed.
Posted by Economy & Finance at 9:59 AM